The Weekend Report - Jimmy Has So Much Heart!

This weekend Jimmy and I did just one day of the Capital City Cocker Club Agility trial. It was held in a nice indoor soccer field in Fredericksburg, Va. This club always throws a nice trial! On Saturday, it didn't start until 10am, an unusually late start for an agility trial. That meant I could sleep until I woke up, take the dogs for a walk, eat a nice breakfast and then head out the door. I was expecting heavy traffic due to the holiday, but I had a pleasant drive with a great audiobook. What a difference from my frenzy of last weekend ! I got there in plenty of time to settle in, walk the boys, and watch the Standard ring for a while. It was a nice, evenly spaced course and not too tricky. I did my walk-thru and had to immediately get Jimmy from the car as we were 9th in line to run. While it was a gorgeous and windy day outside, the building was a tad stuffy and warm as the A/C was not on yet. Jimmy and I enter the plexi-glassed-in area the ring was set up in and at that exact moment the A/C was brought to life! It roared through the overhead duct work with the rumble of thunder. Loud thunder! And Jimmy has a severe thunder phobia. He instantly turned into a quivering wreck. He wanted nothing more than to flee the horrifying building! I had about 8 minutes to go before we would be due in the ring. Yikes. There was no way he was going to be able to run. I tried to offer him treats and he refused. That's a scared corgi! The gate steward was nice enough to move us to the bottom of the 12 inchers and I took Jimmy out to the car so he could relax with Wilson. We had about 30 minutes to chill. When we came back into the building Jimmy started shaking again. Poor boy. We sat near the ring entrance and he just sat against my legs and shivered. I figured I would walk him into the ring and see what he did. Fortunately the course started with a tunnel which is much more motivating than a jump. Jimmy saw that tunnel and was ready to go! And once he started, he just kept going. I figured he would probably knock a bar or two from being so tense, but he did a perfect job! Unbelievably, despite his fear, he pulled off a Q! And the crowd cheered! He got his usual peanut butter treat, but away from the scary room this time.

When it was time for the Jumpers course, I brought Jimmy back into the building. The Jumpers ring was on the other side of the building, but Jimmy was still scared and again started to shake. This time though, he was willing to take his pre-run treats. It was a good sign, that is, until he started to gag on one just as we head to the start line. He starts that awful wretching a dog does when something hasn't gone down right. The judge comes over to see what's up and excuses us and tells the gate steward to put us to the bottom of the 12 inches....again! Jumpers goes much faster than Standard so we just hung out away from the ring, sitting on the cool cement floor. Jimmy calmed down nicely this time. When we went back near the ring, he started to shiver again. I just sat with him again but gave him no treats. This time there was no tunnel, but three jumps set in a serpentine to the weaves, so I had to put him in a stay to get in position. I was worried he would head out of the ring but as soon as I released him, he headed into the course. Whew! I was again worried his fear would have exhausted his muscles, but he seemed energized. It was a fairly tricky course, but he cruised through and ran clean. Holy Moly! On what was probably the toughest day he ever had playing agility, he had just pulled off a Double-Q!

I had planned on titling this post A Baker's Dozen since this is double-Q #13 and now all of the points we need, but I had to honor all the heart Jimmy put into this day. This little guy loves agility and he loves working for me, and he put all of that above his fears! Simply amazing!

I am very glad I only signed up for just one day. I wouldn't want to put Jimmy through any more agility-related stress. And, as you can imagine, I didn't get any videos. That was the furthest thing from my mind. But I hate to post without a photo so here he is on Sunday, doing something I am pretty sure he loves even more than agility..... 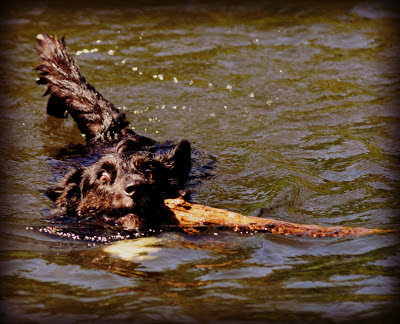 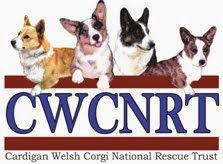